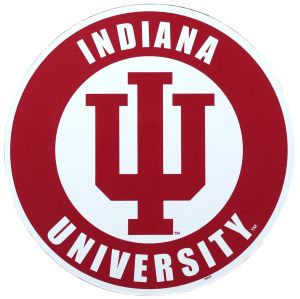 Born August 8, 1927, in Cass County to Raleigh and Mildred (Wagoner) Snider, she was raised on the picturesque family farm, along with her older sister Imogene. Raleigh raised cattle and Mildred raised chickens for eggs to fund college for both girls. Donna Lou graduated from Young America High School in 1945 and headed to Indiana University where she studied Business Education. Her longtime beau, Eugene W. Smith, joined her there after returning from WWII, and they were married August 29, 1948. During their last year at IU, they lived in GI trailer housing located in an area now called The Grove and home to IU football tailgaters. After graduation, Donna Lou and Gene remained lifelong IU supporters. They established their home in Logansport where Donna Lou taught Business Ed at her alma mater. When her children Debbie and Brent were born, she paused her career but continued substitute teaching and taking night classes. During these years she meticulously planned annual summer camping vacations so the family could experience as many sites as possible. Donna Lou received her MS in 1967, following a summer of classes with Imogene in Bloomington; they had lots of fun together as they completed their degrees! Full-time teaching ensued, with stints at Helm Jr High and Logansport High School, where she retired in 1986 as Chairman of the Business Department. After retirement Donna Lou and Gene provided wonderful memories for their grandchildren, Emily and Tom, with trips and special visits at their home. Donna Lou moved to Hoosier Village in 2017 where she made several cherished friends and participated in euchre, bingo, and exercise classes. She was a member of First United Methodist Church, New Life Guild and Twilighters in Logansport, and enjoyed chapel services and Bible study at Hoosier Village. She was also a member of the Home & Hobby Home Demonstration Club and Alpha Delta Kappa Teachers Sorority.

Services will be held at 1:00 pm Thursday March 17, 2022, at Gundrum Funeral Home, Logansport, with visitation beginning at noon. A private burial will be held in Center Cemetery, Young America. Memorials may be made to First United Methodist Church in Logansport or Hoosier Village Chapel in Zionsville.

The family would like to thank the wonderful staff at Hoosier Village for their support, care, and friendship over the last several years.

You may sign Donna’s guest book and send online condolences to the family at www.gundrumcares.com

To send flowers to the family or plant a tree in memory of Donna Lou Smith, please visit our floral store.

A Memorial Tree was planted for Donna

Join in honoring their life - plant a memorial tree